Inventor of the Dusk Network blockchain and the Segregated Byzantine Agreement consensus mechanism. Author of the Dusk Network whitepaper. Emanuele Francioni (Tomtom, Commerzbank and Vitrociset) has 20 years in R&D, tech leadership and software development on Byzantine Fault Tolerance systems, distributed computing, sensor networks and cryptography. Together with Fulvio, he published four patents in the realm of IoT, sensor networking, positioning system and blockchain.

Jelle Pol is in charge of business at Dusk. He started his career at the aPaaS platform Mendix, which was recently acquired by Siemens. After experiencing what it is like to work for a scale up, he went on to play a key role in the Technical Innovation department at Shell, where he founded the blockchain team. During his time in the blockchain team the first three blockchain projects were started and Shell joined the EWF and Ethereum Enterprise Alliance. He finished his career at Shell in Renewable Energies, before venturing out to start his own ventures in the blockchain space. He is considered all rounded, meaning deep knowledge of both the technical development, the company structure and fundraising.

Fulvio Venturelli (Amazon, Excite, TomTom) is a software engineer at heart. Specializes in project management, software architecture and infrastructure. Together with Emanuele, he published four patents in the realm of IoT, sensor networking, positioning system and blockchain.

Pascal Putman (ABN Amro, PostNL) specializes in New Business Development and IT advisory. After finishing the PostNL Talent Programme, he founded a consulting start-up in the blockchain space where he helped newly funded companies to build a go-to-market strategy. As a hands on consultant and manager in his former companies, he has vast expertise in creating entire infrastructures as well as pushing new IT products to market.

Jeske Eenink (Liberty Global, Province of North Holland) has a background in business administration & innovation. Has been coaching teams in dynamic and fast moving environments. Follows a structured approach with a focus on long term success.

Dmitry Khovratovich got his PhD from University of Luxumbourg in 2010. He is the author of the Equihash (Zcash’s hashing algorithm) and MTP proof-of-works, the designer of the Argon2 password hash function, the author of the first attacks on the full AES block cipher. He is a recipient of two IACR Best Paper Awards, and his papers account for >2500 citations.

Matteo Ferreti is Dusk's VM Architect. Former software developer at Reaktor, and former Mozilla Corporation where he worked for 6 years designing the API's for Add-on SDK. Responsible for the design of FireFox DevTools. Prior to that he worked for TomTom.

Kevaundray Wedderburn is an expert on bulletproofs. At Dusk he is creating a novel zero-knowledge proof protocol that enables to integrate circuits for Merkle Tree path proofs, set inclusion proofs, hash pre-image proofs and more. Former Neo research and City of Zion.

Nicola Paolucci implemented the backend and frontend of the Guru reputation algorithm. Former Full-Stack Developer at durdn.com and Senior Developer at Atlassian.

Carlos Perez Baro is the co-creator of ZeroCaf, a doppio Elliptic Curve using a Ristretto mapping, by Dusk Network. Prior to Dusk he contributed to open-source projects such as Rust Web3 and ERC725, for which he was also an administrator. He thought scholars of UPC about Ethereum's Virtual Machine and was part of ALASTRIA, a blockchain project and regulated national effort by 70 of the largest companies in Spain. Former Rust Core Dev at Caelum Labs, Full Stack Dev at Atos.

Georgi Goranov works on the general protocol implementation (nodes and blockchain). He started coding at 15 years of age, and worked for multiple enterprises where he built and maintained high-throughput distributed systems. He is particularly knowledgeable about mechanism design, distributed computing, multiparty computation and public key cryptography. Former C++ Dev at RDF and Concurrent Systems, Web Dev at Shippit.

Luke Pearson is a skilled mathematician who is the co-creator of ZeroCaf, a doppio Elliptic Curve using a Ristretto mapping, by Dusk Network. Furthermore, he specializes in cryptographic protocols, and hash functions. At just 16 years of age his love for cryptography was tested and he was awarded finalist in the 'national cipher challenge'. Multi-linguist (English, French, German, Dutch, Russian). 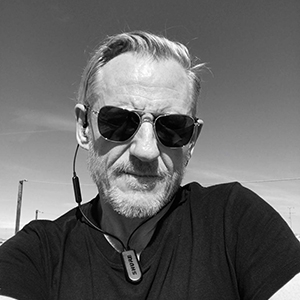 Jan is a senior Computer Scientist and a trained statistician with love for programming, semantics, and distributed computing. He has extensive experience in tech, development, Blockchain, and algorithmic trading. Some of Jan’s achievements include a Patent for Message passing using shared memory of a computer, the development of a one-to-one marketing platform based on Orc and contributing to xorc.io for Open Source Real-Time Distributed Orchestration. Additionally Jan has an outstanding track record as Tech-Lead/ developer for major financial organizations (Royal Bank of Scotland, Barclays, Bank of Canada, Merril Lynch, Bloomberg, and more).

Victor Lopez contributes to the Zero-Knowledge Virtual Machine. Rust evangelist, speaker at RustRush. Actively participated in projects like Ethereum, where he did research and experimentation on the Ethereum 2.0 lighthouse implementation. Former TOTVS, Ortobom and National Platform where he implemented several large scale distributed financial systems.

At Dusk Network, Kristoffer Ström is developing the Web Assembly/Rust zero-knowledge proof VM for smart contracts. Prior to Dusk he worked for InterPlanetary File System (IPFS) where he was in charge of developing the electron client and IPFS geo-ip. At Parity Ethereum he fixed bugs and worked on an experimental database backend.

Maven 11 is a prominent European investment firm solely focused on DLT / blockchain tech related ventures, tokens, digital currencies and digital assets. We are a diverse team of serial entrepreneurs and traditional finance professionals and above all passionate believers that blockchain technology will fundamentally change economic and social structures.

As the first German BaFin-registered Blockchain Venture Capital fund, we provide investors with the unique opportunity to participate in the emergence of decentralized technologies and their applications.

The First Comprehensive European Asset Management Fund Dedicated to Blockchain and Crypto Assets. Based in Luxembourg, Olymp Capital S.A. is one of the earliest Investment Fund Manager dedicated to the Blockchain and Digital Asset class in the European Union (E.U.). Olymp Capital has brought together a team of the world’s most knowledgeable, skilled and networked investors to analyze blockchain innovations and assess their potential for positive impact.

The Reserve is a professional services firm shaping and staking-in our decentralised future. They support their clients in the following capacities: DLT Lab - they run the UK-Government backed London DLT Lab. Invest - small, strategic tickets from our own balance sheet. Nominated Advisor - they take digital assets public. Strategy consulting - they guide our clients in DLT and digital assets. Treasury services - they structure and protect treasury operations. Due diligence & valuations - performed on digital assets & companies. Insights - reports, analysis and weekly commentary on DLT. They are governed by ethics, an ethos of doing right, a mandate to make a positive impact and an institution 100% pledged to the world.

A Family office investment and consulting firm with over 35 years of experience and exclusive network. Wentworth Hall was founded, owned and operated by Ian Morley. Ian is one of the pioneers of the hedge fund Industry and has over 35 years experience of building and running entrepreneurial businesses. Ian is joined by a team of consultants and family members. Each with a specific field of expertise.