Witek is the CTO and Co-Founder of Enjin Pte Ltd and Enjin Coin. He is the creator of the ERC-1155 token standard and the technical brains behind Enjin. Witek has overseen the technical engineering of Enjin for nearly a decade. He champions best-practices in software design, security and testing, and leads Enjin Coin development, implementation and integration. 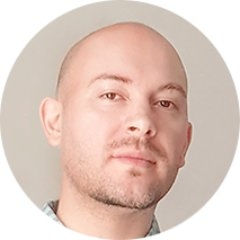 Maxim is the CEO and Co-Founder of Enjin Pte Ltd and Enjin Coin. He's the visionary and creative director of Enjin with 18 years of expertise in creative direction, software project management, marketing and software design. He's an expert in concept & strategy development for large interactive applications, specializing in the Video Gaming and Blockchain industry.

Enjin is a gaming social network and content management system with over 20 million registered users. Founded in 2012 (Singapore) and a key investor in the Enjin Platform.