Zac is a digital strategist that is focused on educating and building communities. Zac previously directed content, lead strategy, and art for a large variety of different scale organizations. In his free time, Zac writes on future technology, free and open-source software, and decentralized internet.

Scott has been writing code professionally since graduating from high school. Prior to Stellar, he worked as Lead Developer at Couchsurfing, Lead Engineer and Chief Architect at OpenFeint (acquired by GREE) and was Lead Engineer and on the founding team for Get Satisfaction.

Rafał is a software developer with great passion for C++. In free time he works on two open source projects – Kadu and Injeqt. When the weather is right he likes to ride a bike and fly a glider.

Bartek Nowotarski is a software engineer focusing on web applications security. He has a masters in computer science from Jagiellonian University. Before joining Stellar, Bartek worked as a lead developer and security consultant, and he has found vulnerabilities in high-profile sites such as Facebook and Yahoo.

Marta is passionate about software, cosmology and tennis. She graduated with a degree in Computer Science from UC Berkeley, where she also helped teach Computer Architecture class. Before coming to Stellar, Marta worked on building music ingestion pipelines at Pandora Media.

Lisa is researcher and business strategist with a passion for financial empowerment. Prior to joining Stellar Lisa was a business development volunteer with the Peace Corps (Mauritania ’07-’09), led operations and partnerships for a portfolio of research studies at the Centre for Micorfinance (India) and most recently led product marketing and growth at Payoff. Lisa holds an MBA from UCLA Anderson.

Lisa is an ops and hr manager with over 15 years experience helping build great companies. She holds an MA in International Policy Studies, led art tours in Venice, made phone books in Yemen, and once mistook Clint Eastwood for a 5’4″ Belgian.

Johnny Goodnow’s focus is to create the best developer experience when building on Stellar. He’s been creating, fixing, and gluing together software and systems for the past decade in Silicon Valley, where he previously worked at Asana and Palantir. In his spare time he can be found delving into music, or bike camping in the wilderness. 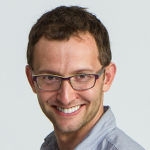 Nicolas is excited by turning potential technology into something practical that benefits most. He likes to tinker with software and tackle hard distributed problems.

Jed McCaleb is a co-founder of Stellar Development Foundation. Previously, he created eDonkey2000 which became one of the largest file-sharing networks in its time

David Mazières is a professor of Computer Science at Stanford University, where he leads the Secure Computer Systems Group.