Harmony is a fast and secure blockchain with key innovations in state sharding and peer-to-peer networking. Its sharding uses secure proof-of-stake and decentralized randomness, and its networking achieves optimal cross-shard routing and fast block propagation. Harmony helps businesses build marketplaces of fungible tokens (such as energy credits and loyalty points) and non-fungible assets (such as game collectibles and real estate). Harmony is applying zero-knowledge proofs for data sharing while preserving the consumer’s privacy. Common industry use cases include ad exchanges, credit ratings and many other data consortia that would otherwise take many years to form among competing companies. 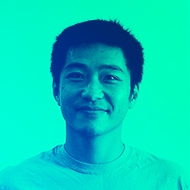 Stephen Tse 谢镇滔 has been obsessed with protocols and compilers since high school. He reverse-engineered ICQ and X11 protocols, coded in OCaml for more than 15 years , and graduated with a doctoral degree in security protocols and compiler verification from the University of Pennsylvania. Stephen was a researcher at Microsoft Research, a senior infrastructure engineer at Google, and a principal engineer for search ranking at Apple. He founded the mobile search Spotsetter with institutional venture capital; Apple later acquired the startup. 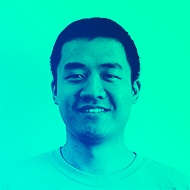 Rongjian Lan was a search infrastructure engineer for Play Store at Google. He published over 10 academic papers on spatio-temporal querying and map-based visualization. Rongjian started researching on decentralized protocols since early 2017. Rongjian is the co-chair of ABC Blockchain Foundation, with more than 100 engineers from Google, Facebook, LinkedIn as members. He was a doctoral candidate of computer science at the University of Maryland College Park and obtained his bachelor’s degree from the University of Science and Technology Beijing.

Sahil Dewan is a graduate of Harvard Business School, where he served as president of the blockchain and cryptocurrency club. He has worked at Draper Dragon Fund and advised several blockchain projects. Sahil founded FuturEd, an ed-tech startup that pioneered a mobile platform for alumni engagement and fundraising for over 100 educational institutions in India. He was also elected country president for AIESEC India, a youth leadership organization present in more than 125 countries.

Marianne (Mary) Dansker founded Uptimo.biz, a blockchain-focused business development consultancy, helping projects raise over 25 million dollars. She is the head of Disruption Disciples Copenhagen, a top tier networks for executives and has worked with global brands including AUDI, Samsung, Sony, and m.m. on marketing and business development initiatives. Mary holds a Masters degree in business innovation from Aalborg University. She has won several startup awards and mentors at Tim Drapers incubator, where she serves as an advisor to blockchain projects.

Garlam (가람) Won was Head of Global Partnership at ICONIZ, a US-China blockchain accelerator and venture capital firm. He founded a digital innovation firm and advised Fortune 500 firms while at Deloitte. Online, Garlam has built significant following of 15k+ followers in both LinkedIn and instagram to build thought leadership and build momentum for information to go viral. In 2018 Garlam was featured on Forbes. He collects life lessons and has 10,000+ notes on Onenote.

Helen Li 李潮文 was a chief writer at CBN Weekly 第一财经杂志 and senior journalist at Bloomberg Business Week. For over a decade, she interviewed tech leaders including the founders of Lenovo and Baidu and wrote over 50 cover stories for CBN Weekly. Since 2018, Helen has led PR & marketing for blockchain projects in both China and the U.S. Helen graduated with a Master in Journalism and Culture Studies from the City University of Hong Kong. She has received several industry awards including ByteDance’s 今日头条 Top Tech Report Award. Helen has lived and reported in Beijing, Shenzheni, Hong Kong, and Bay Area.

Chao Ma was a machine learning scientist at Amazon. He worked on marketplace abuse prevention, retail products pricing and natural language processing. Chao implemented an IPFS prototype in early 2017. Chao got his bachelor's degree from University of Science and Technology of China, master's degree from Zhejiang University, and Ph.D. in mathematics from CU Boulder. Chao published 6 papers on non-linear analysis and partial differential equations in Advances in Mathematics and other top journals.

Li Jiang 蒋犁 has founded a logistic startup during college with the highest revenue. During his six years at GSV Capital, Li organized Pioneer Summit and Global Education Summit with 1,500 attendees including Bill Campbell and Barack Obama. Li holds an economics degree from Northwestern University. He is an adjunct professor​ at Northwestern's Farley Center for Entrepreneurship and Innovation. Li trains on ultimate frisbee daily and owns an amateur team that won nationally in 2017.

Eugene Kim developed advanced networking protocols during his 15-year tenure at NTT and his 3 years in the networking infrastructure division of AWS. Eugene also built server-side software at Activision Blizzard for the next-generation MMORPG that eventually became Overwatch. Eugene has long been an active contributor to the open-source community, particularly in the networking and storage subsystems of FreeBSD and Linux. He holds two US patents on GPU-based acceleration of routing decisions in large-scale datacenter networks. As a professional musician with commercially released songs, Eugene cares deeply about digital rights management.

Minh Doan worked on Google’s Assistant, Play and Plus for 5 years. He was a former champion at USA Computing Olympiad Open and many other Informatics Olympiads. Minh holds the patent for “Publisher Click-Ring Fraud Detector” at Google. Minh was a doctoral candidate in algorithms and distributed systems at the University of California, Irvine. He has a master’s degree in computer science and applied mathematics from Moscow State University. His research paper, “An effective ant-based algorithm for the degree-constrained minimum spanning tree problem”, published at IEEE Congress on Evolutionary Computation.

Leo Chen led a team of 8 engineers at Amazon Web Services. There he built high-throughput storage virtualizations for more than 200k EC2 instances. At Amazon Lab126 , Leo built the first generation of Kindle Fire and architected FireOS for all Amazon devices. At Ericsson and Broadcom he worked on their Linux kernel, embedded systems and large-scale distributed systems. Leo holds a master’s degree in computer science from Simon Fraser University and a bachelor’s degree from Zhejiang University. Leo has completed 8 full marathons and hiked the Grand Canyon R3, John Muir Trail, and soon the entire Pacific Crest Trail.

Nick White holds bachelor’s and master’s degrees in electrical engineering from Stanford University, where he focused on signal processing, optimization and control. As a graduate teaching assistant at Stanford, he researched artificial intelligence and applied mathematics with Prof. Bernard Widrow. Nick has served as the AI specialist for Hong Kong-based AI incubator Zeroth.AI, and coached over 20 teams from 5 continents across industries ranging from finance to agriculture to blockchain. He is a certified yoga instructor and an avid surfer.

Harmony is a fast and secure blockchain with key innovations in state sharding and peer-to-peer networking. Its sharding uses secure proof-of-stake and decentralized randomness, and its networking achieves optimal cross-shard routing and fast block propagation. Harmony helps businesses build marketplaces of fungible tokens (such as energy credits and loyalty points) and non-fungible assets (such as game collectibles and real estate). Harmony is applying zero-knowledge proofs for data sharing while preserving the consumer’s privacy. Common industry use cases include ad exchanges, credit ratings and many other data consortia that would otherwise take many years to form among competing companies.